Greetings! As part 2 of 4 of our trip to Spain in August, after exploring Madrid and Toledo, we took a two-hour train ride to Cordoba. This thousand-year-old city currently holds three inscriptions in the UNESCO World Heritage List:
One of the staff at where we stayed in Madrid told me that Cordoba is her grandfather’s home town, and that I’d love it. I could feel the pride in her statements. As soon as we arrived in Cordoba, I knew she was right!

It was my great pleasure to explore Cordoba, a living legacy of the different cultures that settled here throughout its history. Today I’m posting twenty selected pictures that I took during our stay in this ancient, unique, and beautiful city.

Pictures 1 to 4 - The Mosque-Cathedral of Cordoba interior space consists of over 856 columns and red and white, horseshoe and semi-circular arches. The original mosque was built in 786-788. Three subsequent enlargements were completed in 848, 966, and 991. 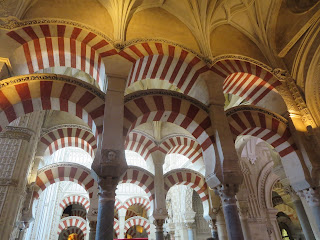 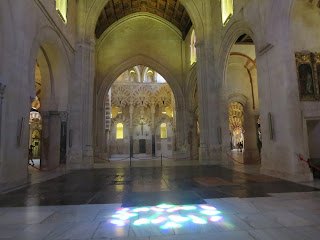 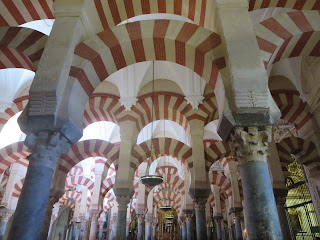 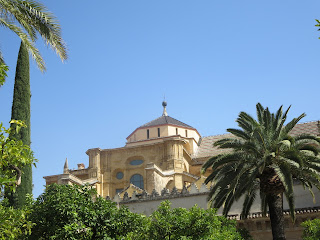 Pictures 5 & 6 - The Mihrab inside the Mosque-Cathedral with its ornamental plant motifs and rich mosaics from the Byzantine tradition (Tip: Remember to look up): 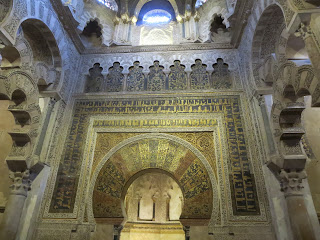 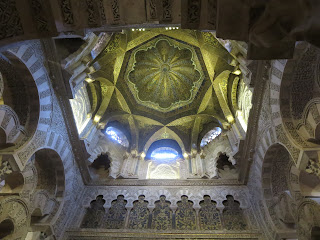 Pictures 7 & 8 - The Transept built in 1523-1606 as an immense skylight to inundate the Mosque-Cathedral of Cordoba with light (See above tip): 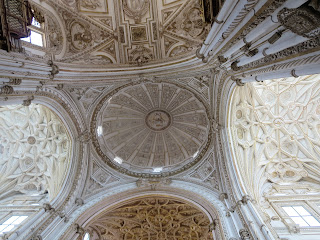 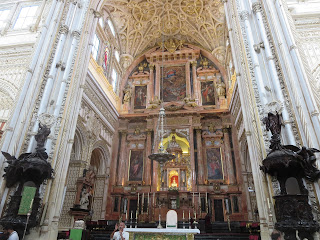 Picture 9 - The Mosque-Cathedral Bell tower as seen from the orange tree courtyard: 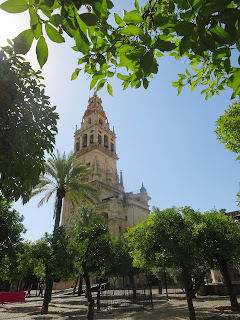 Picture 10 - One of the entrances to the Mosque-Cathedral courtyard: 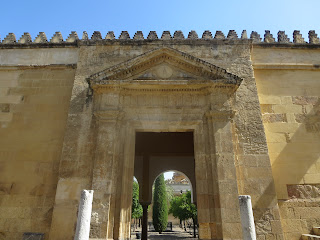 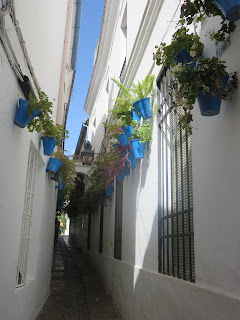 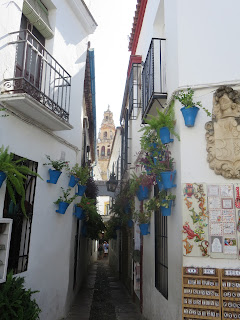 Picture 13 - A tranquil patio with attractive tile walls seen during our wanderings in Cordoba’s historic centre: 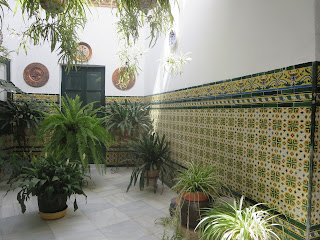 Picture 14 - Generous and delicious breakfast buffet at our 3-star hotel in Cordoba. There were more food and drink stations that I was unable to capture in one picture frame: 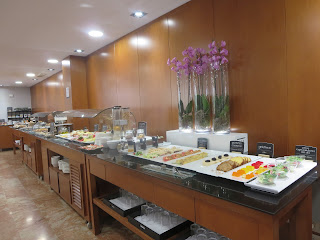 Picture 15 - The courtyard at our hotel in Cordoba, a lovely place to enjoy breakfast and/ or to read the newspaper: 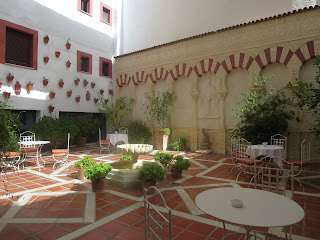 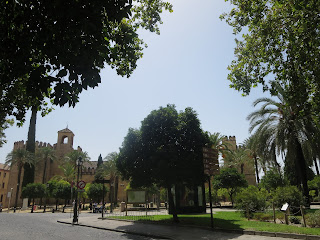 Pictures 17 & 18 - Cordoba’s Alcazar as seen from its gorgeous gardens: 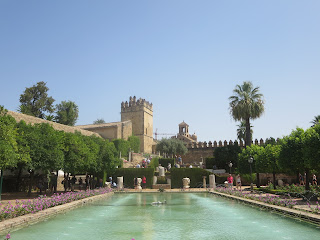 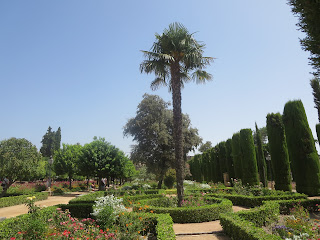 Picture 19 - Statues of the Kings surrounded by cypress trees at Cordoba’s Alcazar: 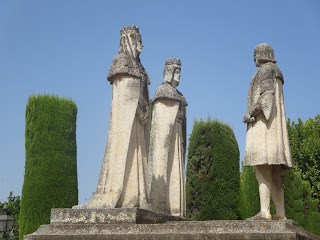 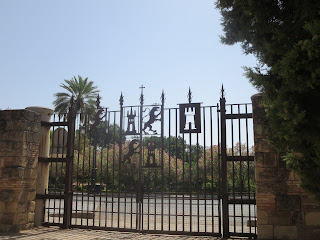 I hope you enjoy the pictures. I’ll be posting my pictures from Seville and Gibraltar next. Please feel free to leave a comment. Which picture do you like the most?

Have a wonderful weekend!
Posted by Natalie at 00:00