Greetings! Last month I made a trip to visit Tallinn in Estonia, Riga in Latvia, Vilnius in Lithuania, and Warsaw in Poland. I showed a map of my itinerary here. After sorting through the many photos taken, I'm sharing some of my snaps of Tallinn in this post.

Pikk Hermann Tower at Toompea Castle - Each day at sunrise, the Estonian flag is raised above the 46 metre high tower to the tune of the national anthem. Toompea Castle has been in use since at least the 9th century. Today it houses the Parliament of Estonia. 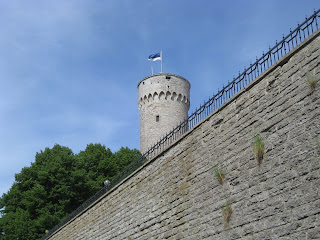 Panoramic views of Tallinn - From a few excellent viewing platforms, I was able to see panoramas of Tallinn's Old Town and city centre, the roof tops, and Tallinn's shoreline where cruise ships and ferries dock. 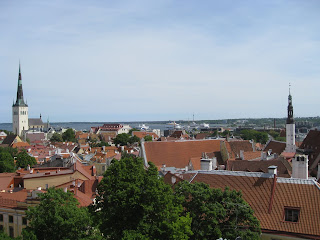 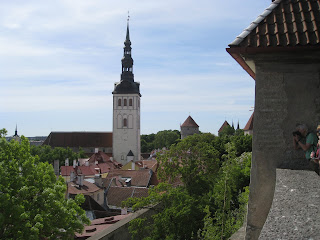 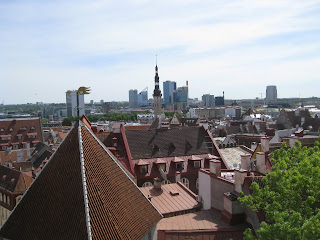 Viru Gate - These two picturesque towers at the entrance to Viru Street are part of a much more complex gate system built in the 14th century. They are now a symbol of Tallinn's Old Town. 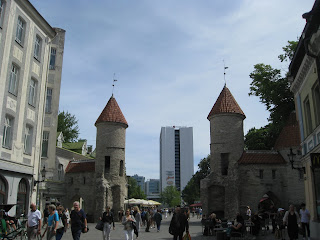 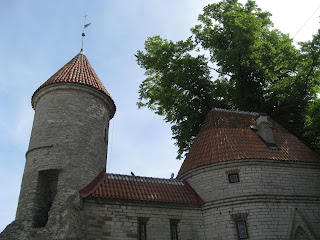 Artillery Tower (Kiek in de Kök) - This 38 metre high cannon tower was originally built in the 1470s with walls that are four metres thick. Today it houses a museum of Tallinn's fortifications, weapons, and medieval-era life. It's also a starting place to visit the fascinating Bastion Passages (hidden tunnels) that run underneath the old bastions of Toompea Hill. 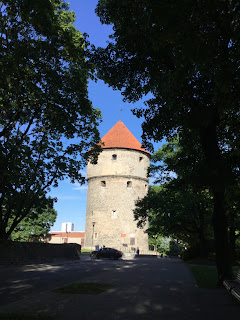 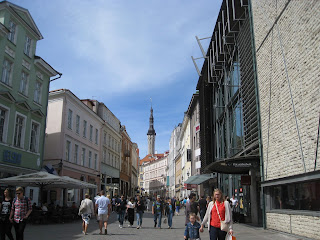 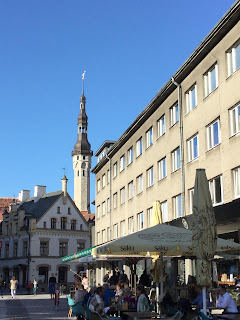 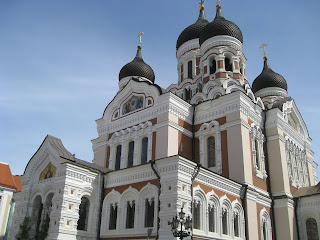 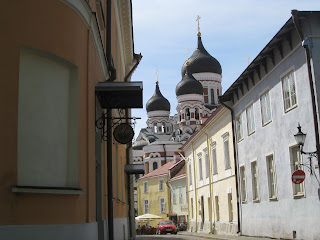 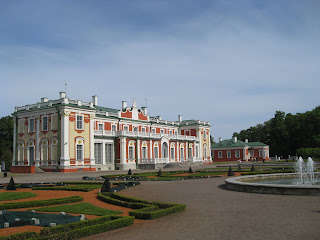 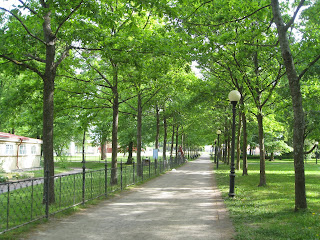 Official Building - The Office of the President of Estonia with two guards at the entrance is shown below. 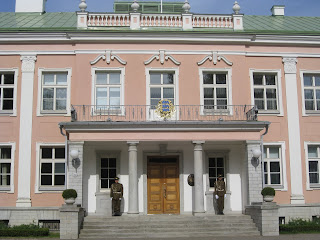 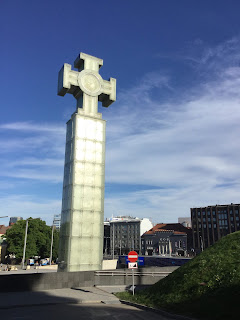 The Song Festival Grounds - It was here in 1988 that Estonia's massive, musical demonstration against Soviet rule set the nation on its road towards re-independence. I'd recommend the Singing Revolution documentary to learn more about the non-violent Singing Revolution in Estonia. The site is now home to the Estonian Song and Dance Celebration, an event that takes place every five years, drawing together up to 34,000 performers, and 200,000 spectators. 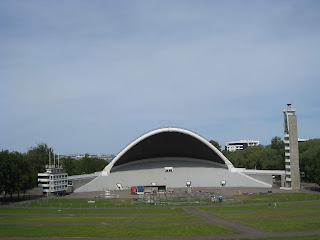 FLOWERS IN BLOOM: Horse-chestnut flowers and lilacs were common sights in Tallinn's parks and gardens during my visit. 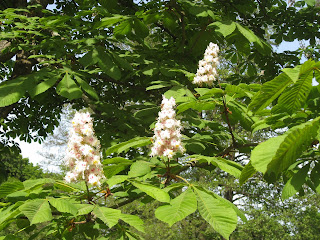 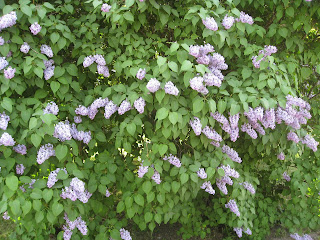 DELICIOUS EATS: A three-course meal that I had in Tallinn looked and tasted delicious (potato soup, chicken with mushrooms, and cheesecake). The local guide recommended Tallinn's marzipan and chocolate so I bought them as gifts for my family. 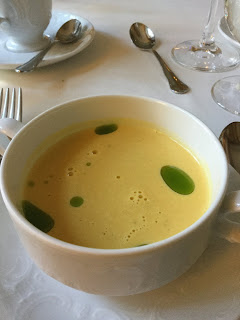 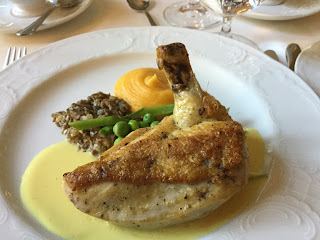 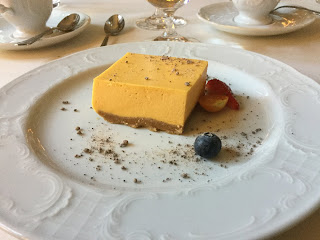 This is a small insight into the wonderful weekend I had in Tallinn, Estonia. I hope it paints a picture of wonderful exploration. Tallinn's charming Old Town is perfect for wandering, viewing the historic landmarks, and browsing unique shops owned by local artisans.

Tallinn has a special place in my heart since it is the city where I met up with my long time Finnish friend for the second time. We had our first meeting in Helsinki many years ago. We're plotting plans to meet again soon...

MY NEXT STOP: Riga, Latvia.